There’s no debate about how vital Solar Leads and Appointments are. Sure, solar installers get some of their clients from direct customer inquiries or word-of-mouth referrals. BUT the majority of their work still comes from leads. Leads that are nurtured and guided down a carefully constructed sales funnel. Guided until they decide to make a purchase. 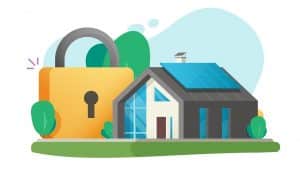 Even with the solar industry experiencing unprecedented growth. Having a great lead generation strategy remains essential. Essentials for the success of each individual solar company. The only question is: is buying solar leads the best way to go? Or does it pay to work on generating leads on your own?

We’ll explore this, the answer is both! Along with other questions about solar leads in-depth below!

When you set out to create an impactful solar marketing campaign, there’s one thing that mainly gets in your way. The fact that today’s clients are far better informed than they were a couple of decades ago. Which is largely thanks to the advanced use of the Internet.

Even if you’re providing a decent offer, your target audience will likely be wary of the traditional marketing techniques. Such strategies have proven fruitful in the past. They’ve just learned to recognize outbound mass marketing channels and avoid them — like door knocking, radio advertising, television ads, or telemarketing.

Any homeowner that’s genuinely interested in solar will probably do a lot of Internet research and see various offers before they actually pick an installer. So, if you’re really set on organic lead generation, a web-based approach is absolutely necessary.

However, you’ll soon find that generating web leads on your own is far from easy. Any form of organic digital marketing takes a huge amount of time before it starts paying off. It can be years before you start generating enough leads to sustain your business in this way. And a small solar installation firm might not have the necessary digital marketing expertise, nor the time and inclination to do this.

That’s why buying solar leads and pre-set appointments is still the best way to go in 2022.

What are solar leads?

Just like leads in any other industry, solar leads are generated in various ways — TV commercials, radio ads, landing pages, toll-free numbers, etc. Companies that focus on generating these solar leads first try selling them to solar salespeople in the first 24-48 hours; these are “real-time” or “live” leads.

If they’re not sold within those first two days, they’re considered “aged” and they’re sold at a lower rate; which is a great opportunity for solar salespeople searching for cheap leads to buy in bulk.

Typically, the older a lead is, the more affordable it will be — a 90-day lead will be far cheaper than a 30-day one, but it may have also been obtained by other competing companies. Still, if it’s workable and you’ve got an edge, it can bring value to your solar installation company.

Struggling with countless hours of online content creation and Google AdWord management isn’t likely to bring you much better results. Plus, unlike with more time-sensitive niches such as mortgage leads, solar leads lose far less value as they age — after all, solar panels aren’t an emergency fix, but a long-term investment.

So, there are plenty of situations where people that have expressed interest in solar panels haven’t settled on the right provider for months — making even aged solar leads worth pursuing.

Different kinds of solar leads in 2022

If you’ve worked in the solar industry for some time, chances are that you’ve heard about lead generators that sell Solar Leads and Appointments. The good ones will offer pre-set appointments. These are supposed to be homeowners that are already prepared to sit down and have a chat with your reps. And while these leads theoretically require the least work, you need to be careful where you’re getting them from.

Plenty of companies that provide Solar Leads and Appointments are actually offshore entities from places like the Philippines or India. And they call literally thousands of homeowners on a daily basis from offshore call centers that frequently fail to comply with the TCPA (Telephone Consumer Protection Act). Seeing as the U.S. government is pretty adamant about enforcing the TCPA, you don’t want to stand the risk of being in violation of it.

Generally, buying appointment leads is a good idea when we’re talking about appointments that have actually been scheduled by the homeowners themselves. When it comes to those appointment leads, the conversion rate is insanely high compared to traditional leads.

Pretty much every sales-based industry out there uses telemarketing in some form or another — from chiropractors to insurance people. And as long as those telemarketing methods don’t go beyond the limitations set forth by the TCPA laws, they can be effective.

This is one of the oldest methods of lead generation known to mankind — going door to door. However, your solar salespeople don’t necessarily have to be the ones with their feet on the ground. Today, solar leadgen agencies have their own door-knockers who do that work instead.

While these are not company reps and they may not have the most in-depth knowledge of your specific offer, they’ve got a simple goal in mind: getting an appointment. That’s what those reps get a commission for, and that’s exactly what they’ll do. So, they can be a useful source of potential appointments; just make sure their work is permitted by the individual local municipalities.

If you want to choose a dependable leadgen sales group for solar, make sure the agency has a decent solar training program — after all, their reps will represent your company, and they need to have accurate solar information to set realistic client expectations.

As we’ve mentioned above, aged leads are lower-cost because there’s a higher chance they’ve been contacted by others in the past. In fact, you may encounter leads that have been called a dozen times, by companies from more than one industry. Siding contractors, roofers, and now your solar salespeople — the more these people get called, the lower are the chances they’ll actually buy something because they’re likely to become annoyed.

That’s why the conversion rates on an average aged lead sheet is pretty small — sometimes below 1 percent. However, when you buy them in bulk and get them cheaply, even a single positive answer among a hundred leads will more than pay off for all the rest.

While buying aged leads and contacting them, there are a few things to keep in mind. If you come across a homeowner that says they haven’t actually expressed interest in solar, it’s best not to push them as they’ve obviously been listed as a lead by mistake. Also, this type of lead buying requires patience, as it can take hundreds of lukewarm or cold leads to find a really good one that might be ready for conversion.

Plus, plenty of homeowners place themselves on the DNC (Do Not Call) list, especially after being contacted by various telemarketing companies and their clients repeatedly. Before using a massive lead list, scrub the data and remove individuals that are on the DNC list. There are platforms for this that are inexpensive and can save you a ton of money in legal fees afterward.

If you can find opt-in leads, those are pretty much the best and most reliable types of solar lead. Seeing as they’re obtained by online advertisers that specifically target homeowners already interested in solar — these opt-in leads usually come with the highest conversion rates.

Advertisers obtain them by creating an entire sales funnel with a series of marketing messages designed to identify, educate, attract, and invite a qualified lead to provide their contact information. Seeing as the people who provide their information are genuinely expecting a call, conversations with these nurtured leads are generally the most productive.

Most solar lead companies use a combination of various methods we’ve outlined above to generate Solar Leads and Appointments. It’s important to research how a company acquires leads before buying them — the lead gen companies that take the time to create a digital marketing campaign with educational content on solar energy will likely provide the best results.

In the future, more and more customers will start shopping for solar — and seeing as most of them aren’t solar experts when they first begin searching for a provider, they’re likely to provide their information in exchange for actually valuable information. Remember that leads obtained through more difficult tactics are more expensive per each lead — but they’re also more likely to pan out. Which leads you buy depends on how you want to play the numbers game — quality or quantity?

Please select the purpose for your inquiry